How to spend 2 day in Kashan and Abyaneh village

I was sad to leave Esfahan, but my time in Iran was running short. I was off to Kashan, a smaller town on the way to Tehran. The buses are great in Iran, cost effective with very good quality. Nice new, air-conditioned buses. But, other than that mostly good, the roads are good and the buses are cheap. Ironically I usually pay more for the taxis at either end than the bus which are usually only around $4 USD. Arriving in Kashan I jumped in a taxi to head to a guest house that sounded really nice, it was however full. I ended up in a cheap and nasty box, with beds like a stone and no windows. Slightly depressing as I lay there on my rock bed staring at the fan which looked as though it may spin completely off the ceiling. The main thing to see in Kashan are the nomerous restored historic houses, conveniently located on the other side of town. I trekked over there during siesta time, streets were dead empty and it was very hot. But eventually I found them. I went and saw 3 of the houses. Basically used to be owned by very rich people of the time. They were beautiful, set around multiple courtyards, with fountains, stained glass windows, terraces and high decorated ceilings. 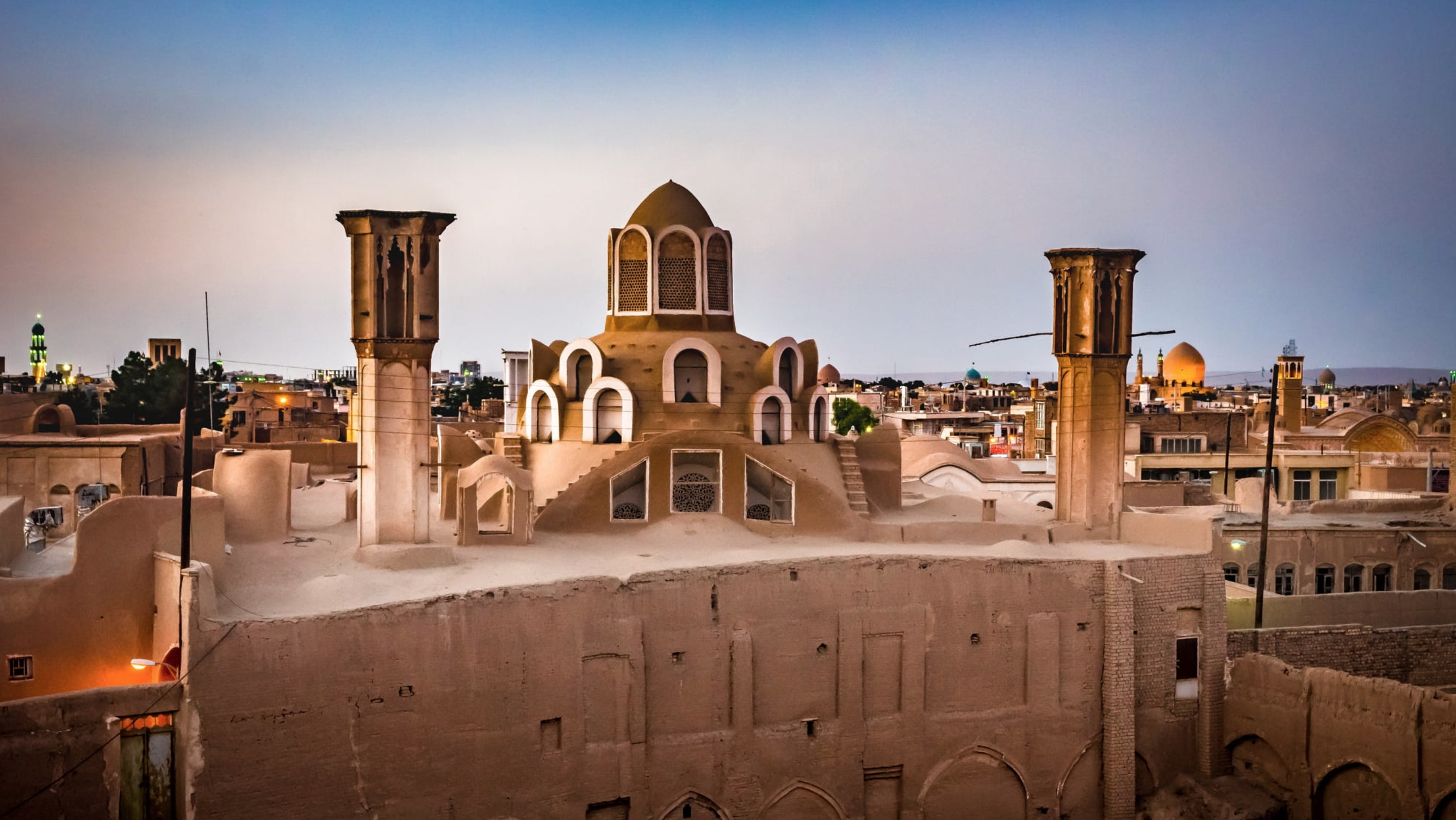 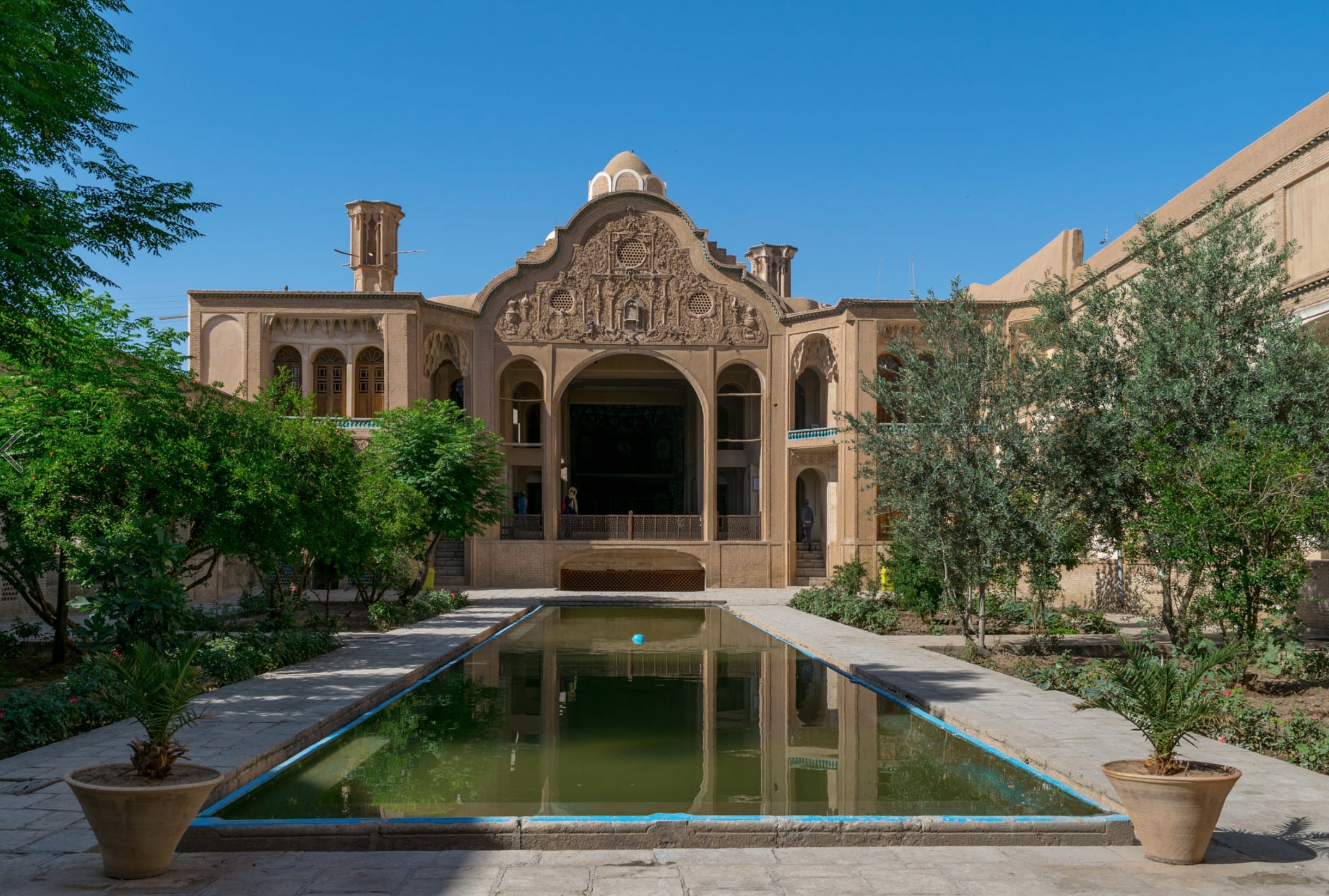 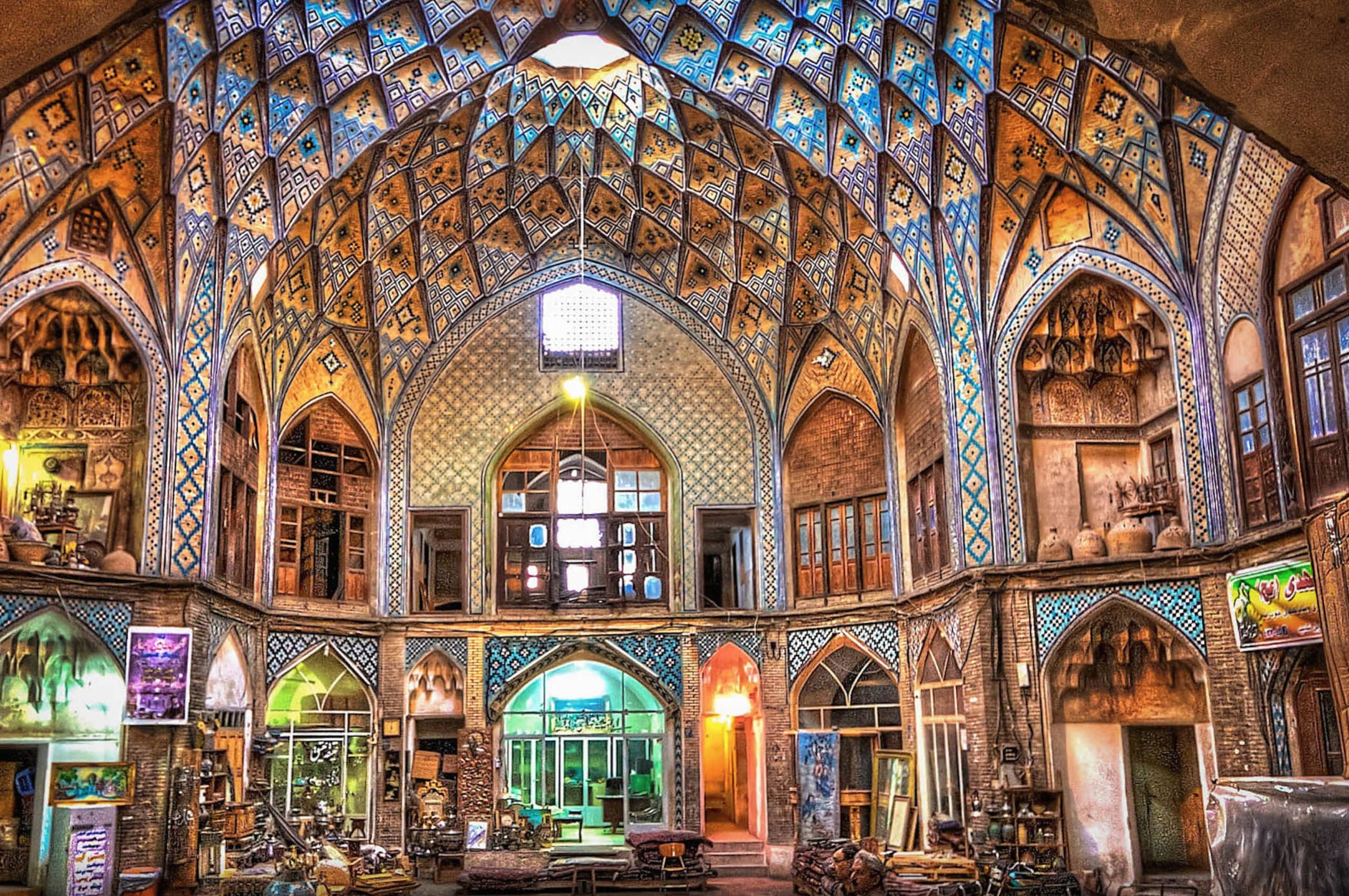 After grabbing some lunch (chicken kebab-again!) at a very large and very empty restaurant I began to wander back towards town, thankfully it had become cooler and things were getting busier. I stopped off in the old town where some english speaking guy found me (surprise surprise) and showed me the tomb of someone famous, there was some important books and a little shop where the guy had a guest booked signed by loads of people from different countries, which he went through to find the other New Zealanders. My self-appointed guide showed me to another mosque, beautiful ,historic, but still just another mosque. 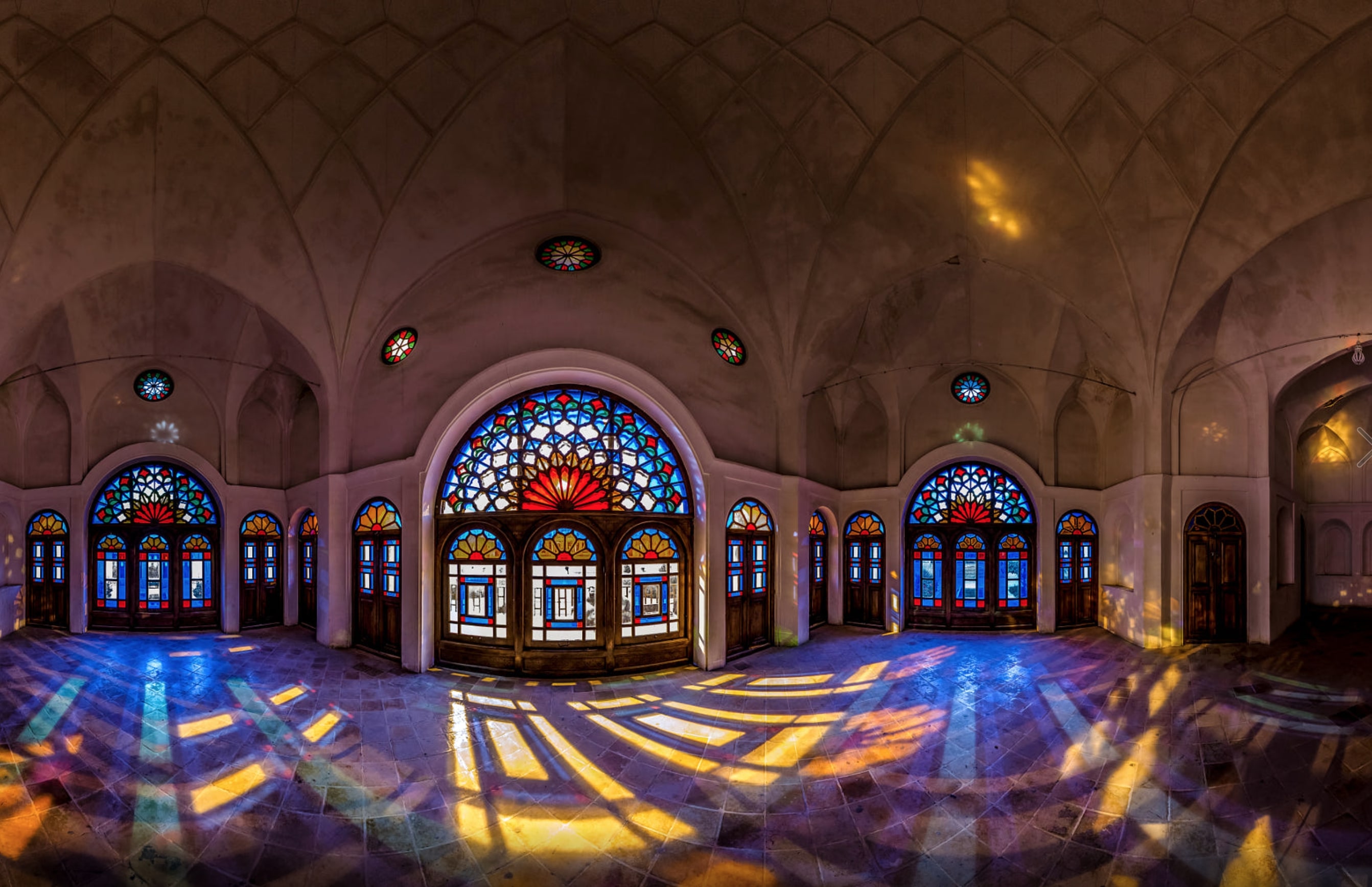 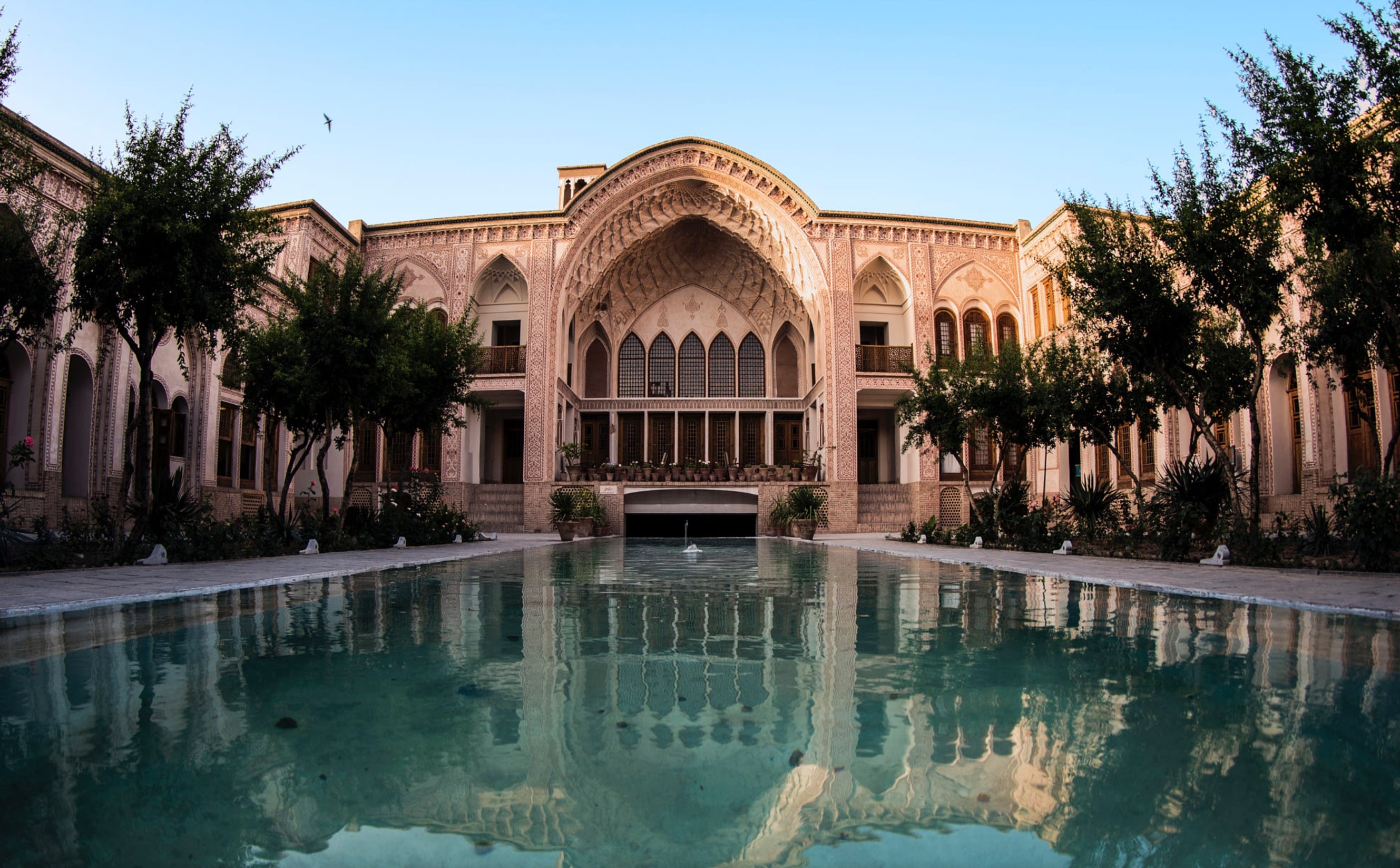 He tried to continue the tour but I got myself out of it and headed to the main bazaar which is supposed to be pretty nice, I wandered into a little bit of it but was pretty shattered from a day in the sun, so headed back to my prison-box room and spent the night watching DVDs on my laptop. Not super fun. I wanted to check out this small village near to Kashan called Abyaneh, the only way to get there was to charter a taxi, a bit expensive with one person, but decided to do it anyway. Some guy had given me his card when I was looking around town so organised a driver to pick me up in the morning. We drove the hour’s drive out to Abyaneh. We drove up into the hills where it was much greener, there were a few small villages around, all around 600 years old. Abyaneh is right up in the hills nestled in a valley. We parked at the top and I left the driver to sleep while I wandered around. For one of the first times in Iran, it was quiet. No cars, or motorcyclists, or mosques going off. Just quiet. Until of course an Iranian guy found me and started playing Turkish music from his cell phone. I quickly lost him in the maze of small streets. That was very funny… 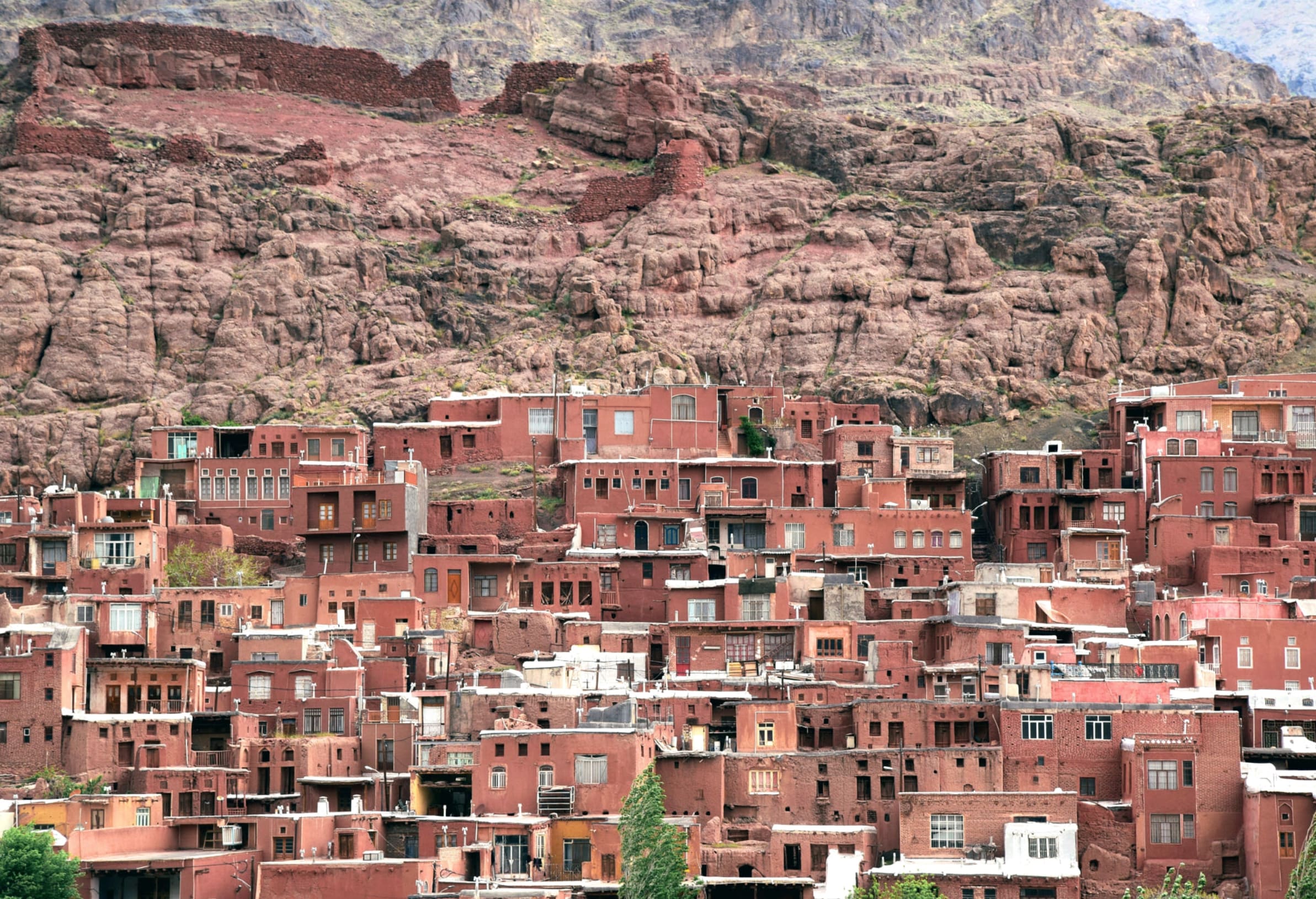 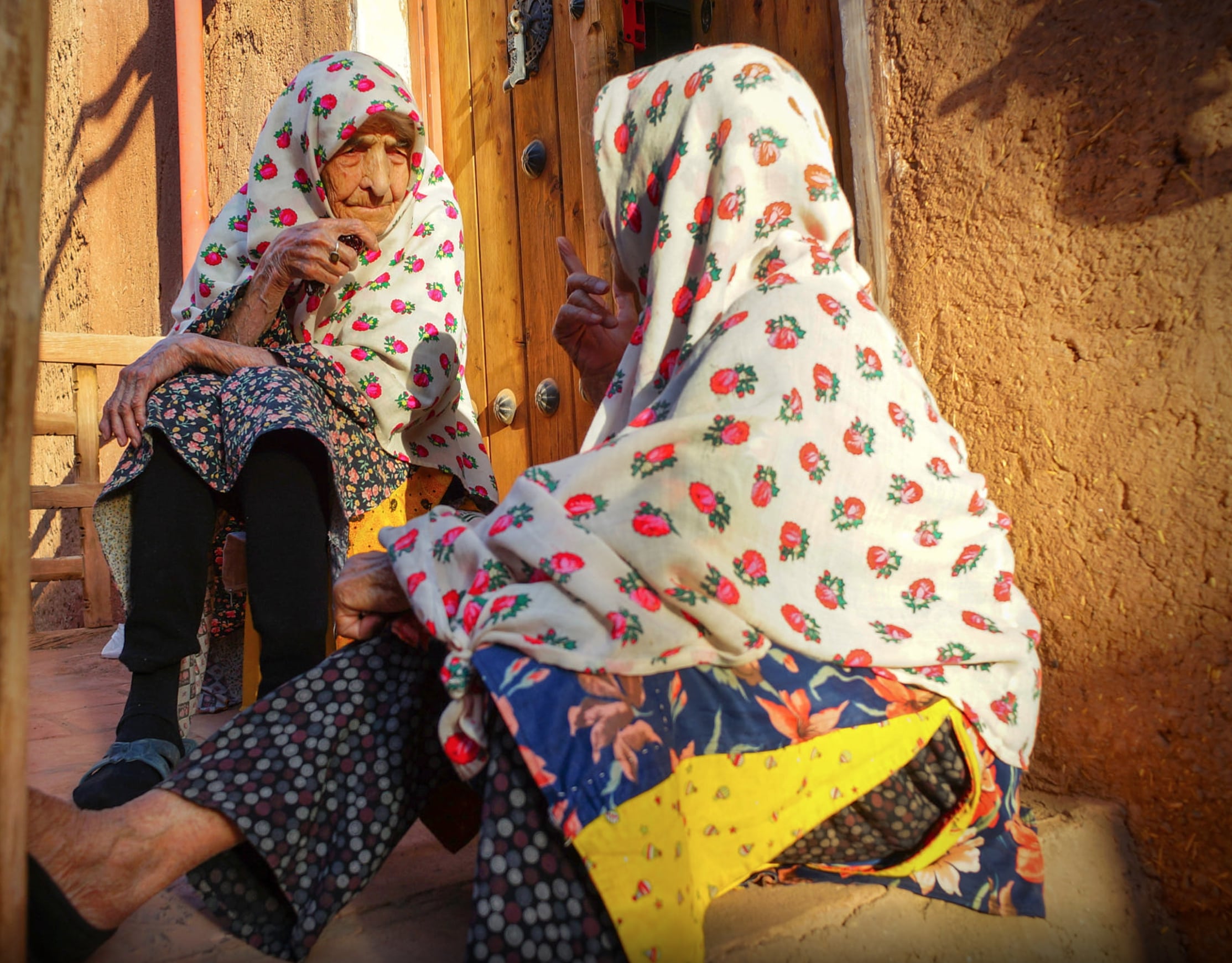 Abyaneh is a very ancient village which still exists pretty much the same as it has always done, it all made from red mud bricks, people speak ‘middle persian’ a language that has died out everywhere else. The women all dress the same with large headscarves made from white cloth with printed red flowers. Its been given some UNESCO recognition, so now there are a few tourists who turn up. I saw 2 others, and there are women dotted along the pathways selling bits and pieces and a little food. 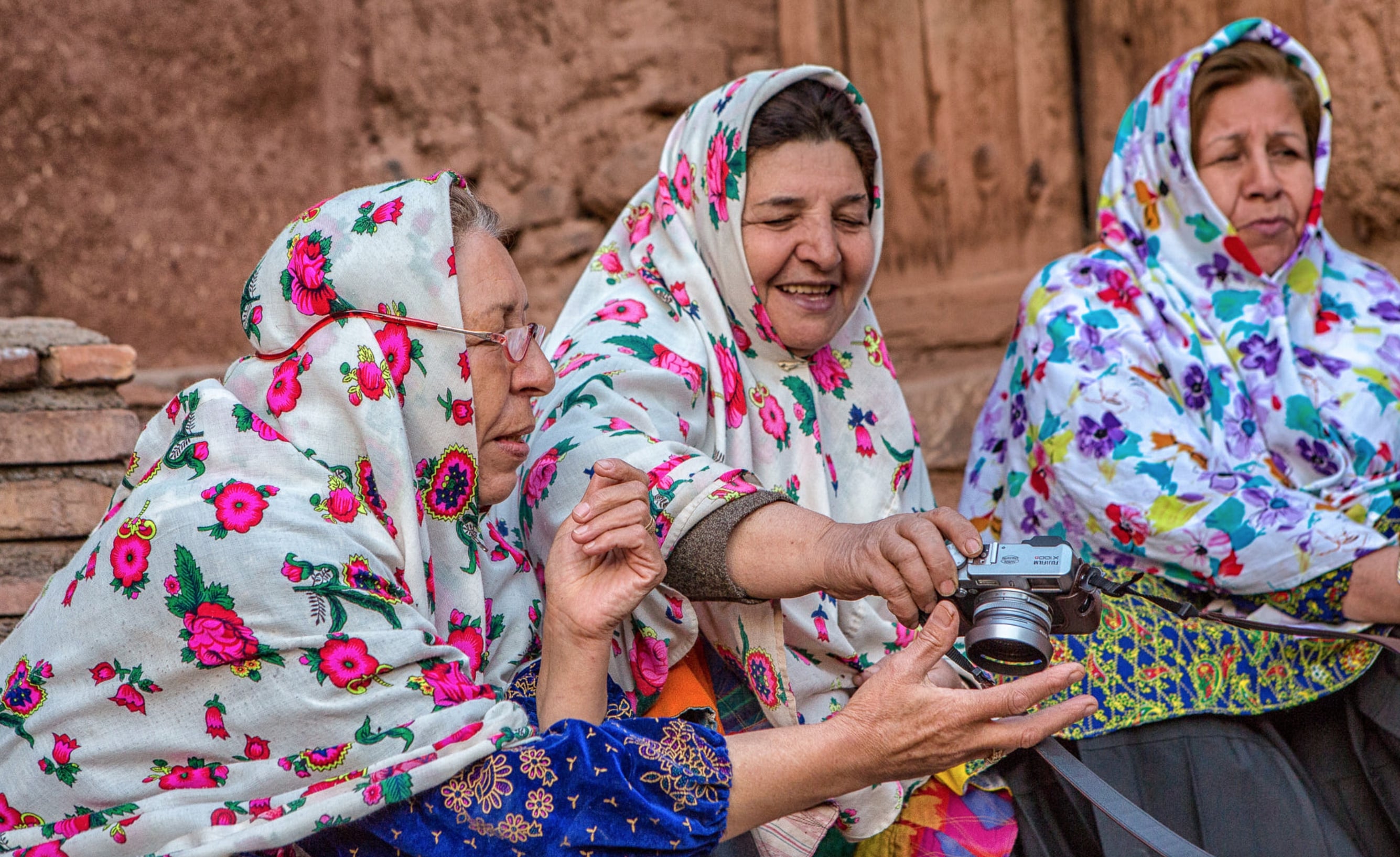 I wandered around the red streets trying to take inconspicuous photos of the flower cloth women who seem to be the villages only resident. High above me a window opened an an old lady stuck her head out, I went to take a photo but she disappeared, only to reappear where she charged me a doller to take a photo then took me inside her house and talked to me a lot in this persian dialect. I smiled a lot but had no idea what she was talking about. 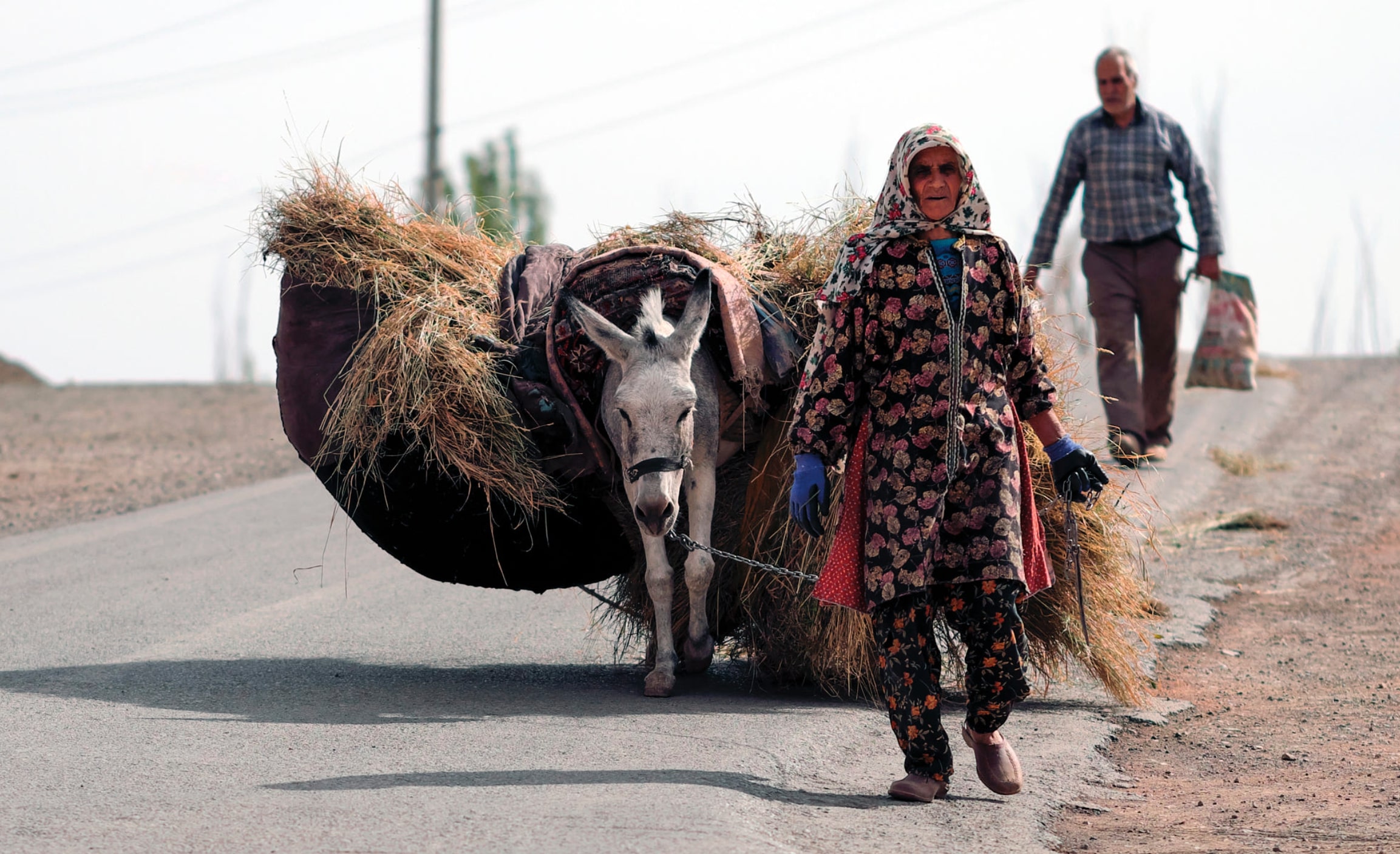 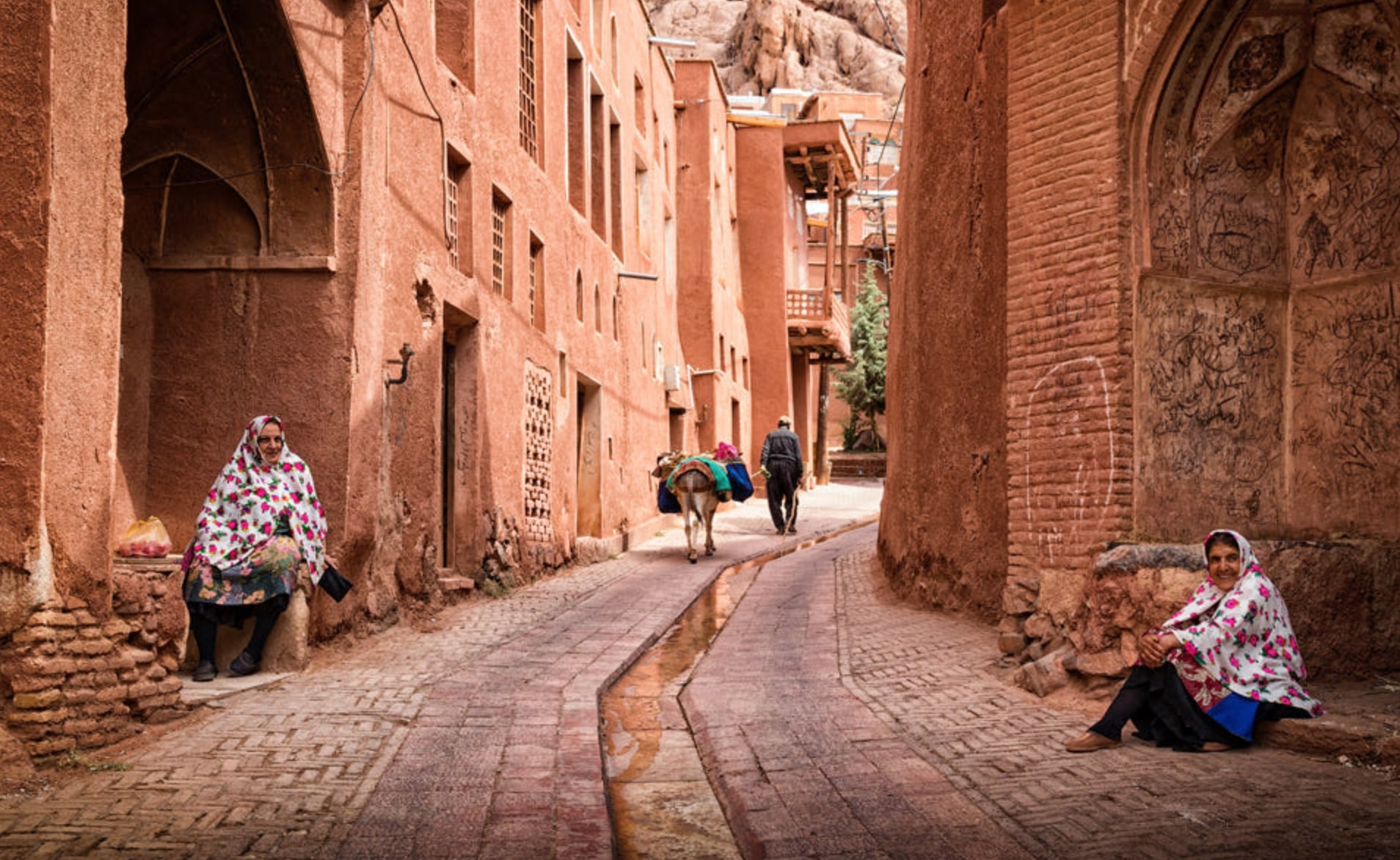 A school bus of young boys turned up, 5 of which followed me round trying to talk to me about something, mostly just a lot of yelling and laughing and saying something about English football teams. After a couple of hours I was on my way back into town, straight to the bus station and on the next bus to Tehran. It was a nice little trip though to see a small village, especially one that has such a different culture from the rest of what I have seen in Iran. But now it was time for the big smoke (quite literally as Tehran as some of the highest pollution in the world), my final destination in Iran.